While checking the Arabic and English transcripts of the statements that Tony Blair made during his visit to Egypt today I noticed discrepancies between the two. It turns out the English statement reported in the media was translated from the Arabic which was translated from the original English, and some of the meaning was lost in translation. Below is what he actually said.

"This is what I say to my colleagues in the west. The fact is, the Muslim Brotherhood tried to hijack the country through democratic elections when it is clearly not ready for democracy. The army have intervened, at the whim of its leaders, but in order to take the country to the next stage of its development, which should be autocratic, we should be supporting the new government in doing that.
Continue reading »
By Karl Sharro at January 30, 2014 No comments:

Egypt launched today an audacious 'Extreme Tourism' ad campaign aimed at attracting foreign tourists. The campaign named 'Extreme Egypt' is an attempt to cash in on the lucrative extreme sports and entertainment industry by capitalizing on Egypt's reputation for danger and thrills. The campaign comes as a result of the declining numbers of tourists from traditional sectors and aims to attract a different type of tourist that will be drawn to the multitude of adrenaline-fuelled experiences that today's Egypt can offer. Below are some of the posters used in the campaign. Click on images to zoom. 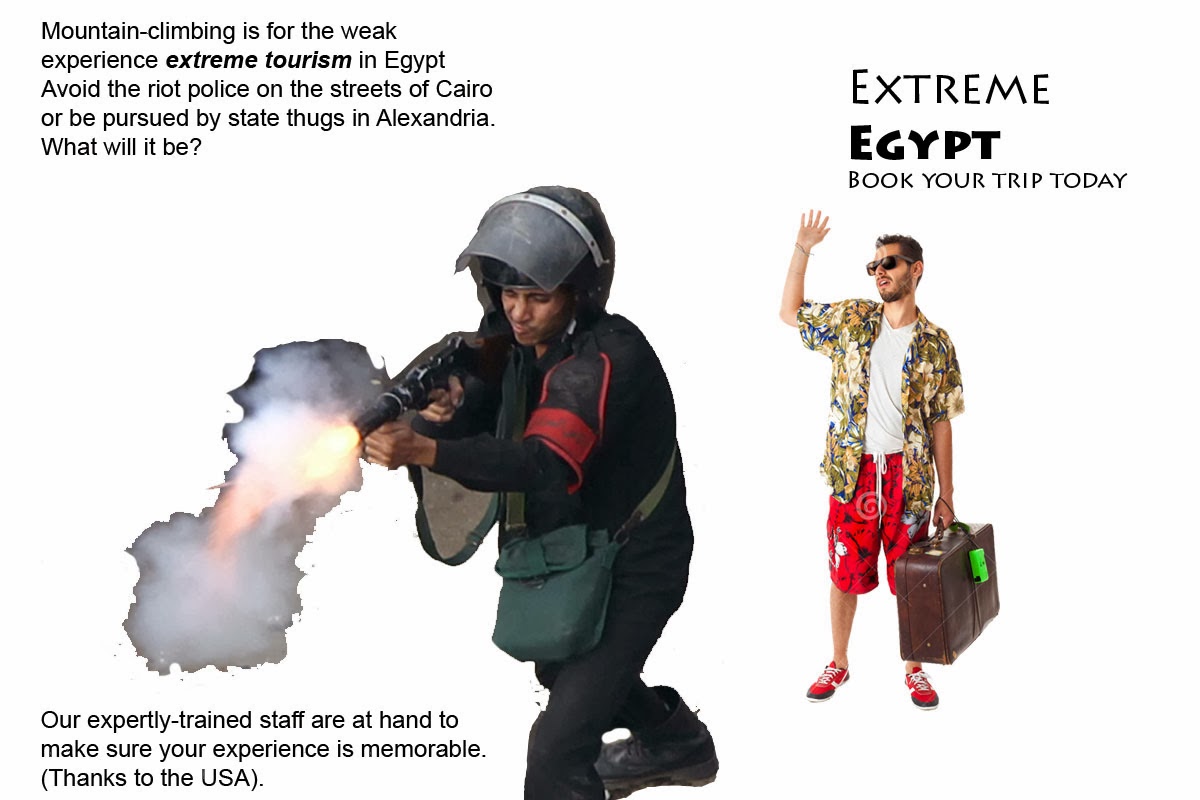 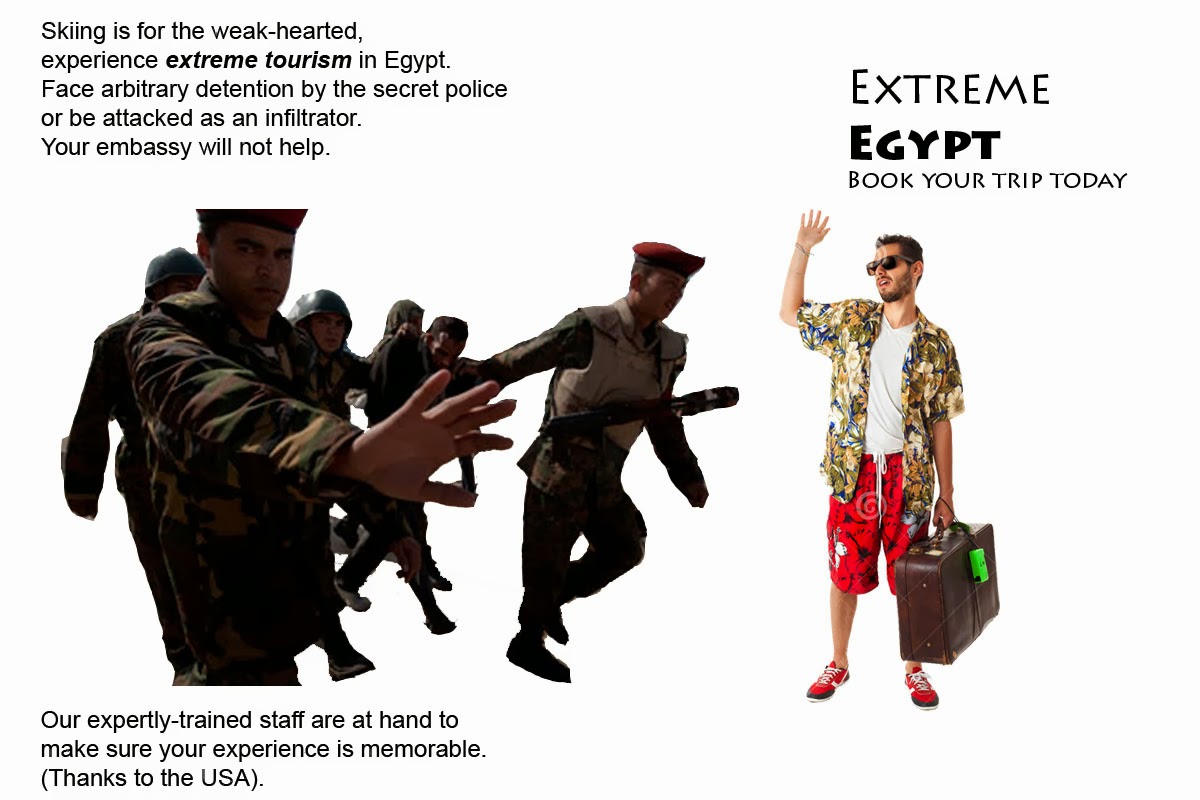 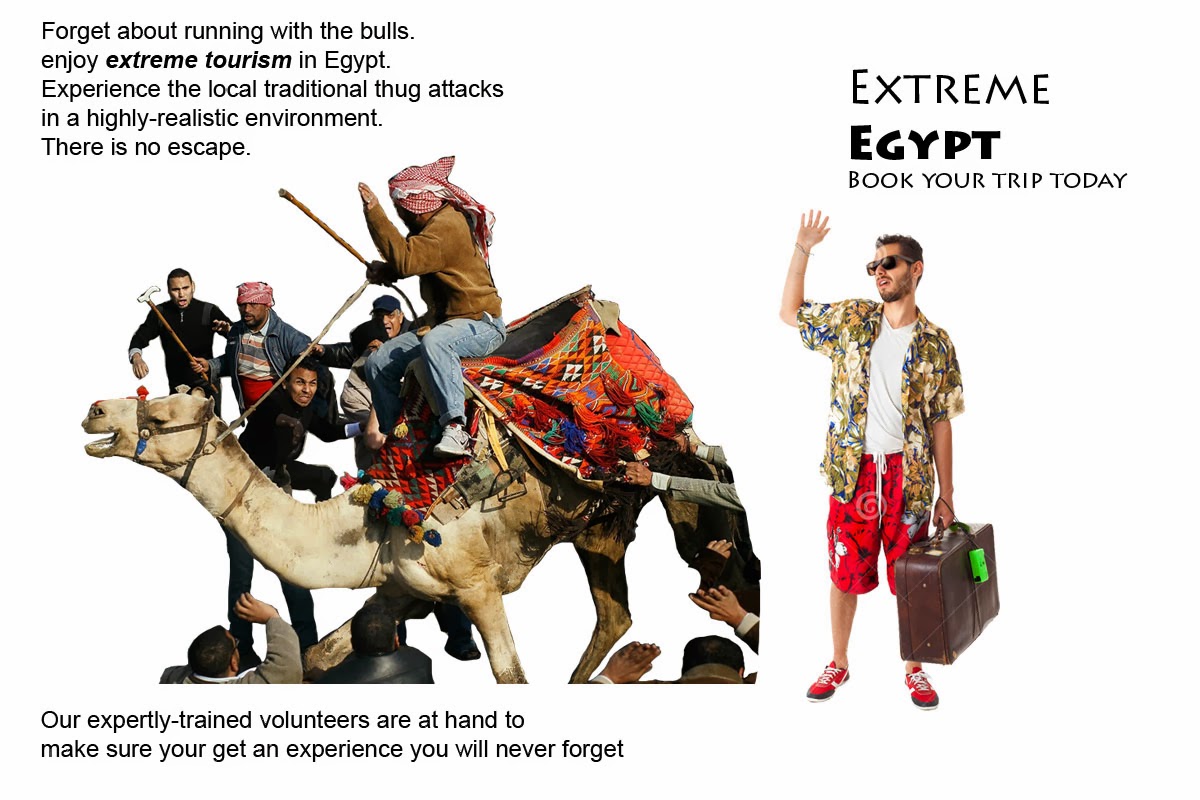 As the Geneva II Syria peace talks kick off in Montreux (they’re using the Easy Jet airport naming system), most people are dismissing the chances of a breakthrough. And truth be told, the prospects of a negotiated settlement are negligible. But few people are talking about the real reason for that. In a word, Western hegemonic rationalist thinking and its infuriating insistence on binary oppositions. Don’t worry, when I heard that I was confused too, but the person behind the theory, respected post-colonial theorist Professor xMakh Bashani, has agreed to explain to our readers how outdated Western ideas that are inherited from the Enlightenment are ruining chances for peace in Syria.

Professor Bashani outlines the two positions that appear to be contradictory. To simplify ‘Assad must leave’ and ‘Assad must stay’. The former is a position held widely by the Syrian opposition in Montreux (Geneva) and the latter by the official Syrian delegation in Geneva (Montreux in fact). The professor explains that conventional Western rationalism sees those two positions as mutually exclusive. But that is primarily because of the legacy of exclusive thinking in terms of binary oppositions.

God: Come in, come in

Dead Bomber: Blessings be upon you…

God: Cut that out, I’m good. There have been so many of you people blowing yourselves up, I decided to interview you personally. But this is not something I normally do. Why are you doing that?

Dead Bomber: Eh, we thought that’s what you wanted.

God: You thought what? Are you insane? Why would I want you to blow yourself up? And kill other people on top of that? It’s in all religions, ‘Don’t Kill’. Number one. The first thing. How can you miss it? 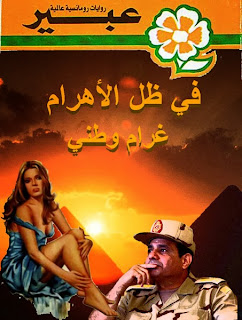 With an impatient gesture Egypt kicked off the bed sheets. She had finally decided that sleep won’t come to her that night. The bed she lay in was comfortable and warm, but it wasn’t the mild winter temperature that made sleep elude her. As she stretched and rose off the bed, her thoughts finally confronted the real source of her anxiety. Him. The man she hadn’t been able to stop thinking about for months. The rugged general that every woman dreams of meeting. He had pursued her with the clear intent of a man accustomed to getting what he wants. She whispered his name to herself, the two identical musical syllables that enchanted so many others beside her. She realised that the cold sweat that covered her body reflected her deep yearning.
Continue reading »
By Karl Sharro at January 14, 2014 2 comments: 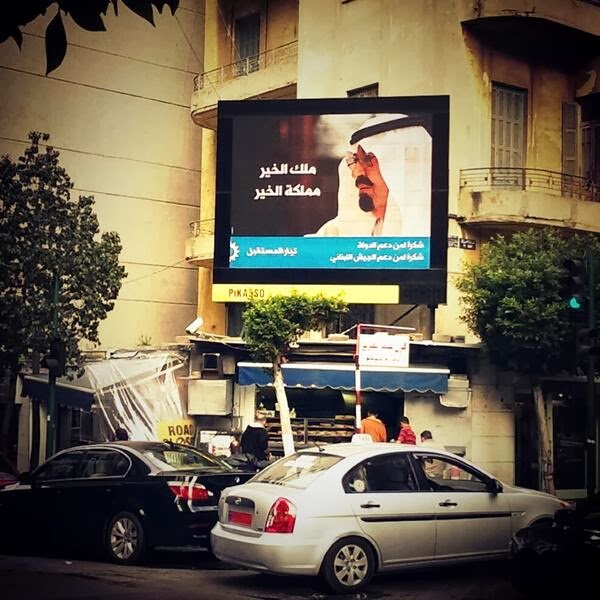 In our continuing effort to provide in-depth analysis and information about the situation in Syria we managed to obtain exclusive interviews with the three main jihadi leaders in the country. Much has been said about the three leaders, Abu Bakr al-Baghdadi the leader of the Islamic State of Iraq and Syria (ISIS), Abu Mohammad al-Jawlani the leader of Al-Nusra Front and Zahran Alloush the leader of the Islamic Front, but no other media organisation has managed to obtain such exclusive access to all three men and then relay what they said to each other. No doubt our reputation as the prime source of alternative narratives is what allowed us to get this scoop.

There has been much friction between the three men and their factions in recent weeks, and we endeavoured to get to the bottom of that with insightful and inquisitive questions. Read the transcripts of those fascinating interviews below, they will give you a comprehensive view of the emerging jihadi world in Syria.
Continue reading »
By Karl Sharro at January 03, 2014 No comments: