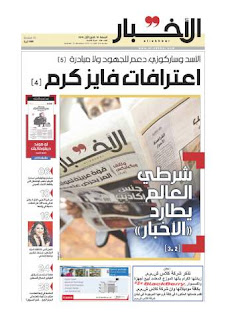 My first article for Muftah.Org 'the Key to Middle East and North Africa Policy-Making'

I've started writing about Lebanon for Muftah, they just published my first article: "Consensus in Lebanese Politics: The Authoritarian Alternative to Democracy." Muftah is an online publication concerned with Middle East and North Africa Policy-Making, and it's ran and written by an impressive group of volunteers. Please visit the website and if you want to show your support 'Like' their page on Facebook and you can also follow them on Twitter.
By Karl Sharro at December 11, 2010 2 comments: