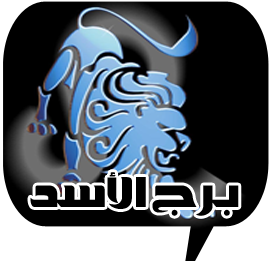 Your Syrian Horoscope for the first week of October 2013.

Not a good week to start a business, look for a job, start dating or buy a house. Use this as an opportunity to organize your thoughts and plan for the future and avoid going out unless it’s absolutely necessary. Chances of bread shortage are very high.

The meeting of Venus and Mercury indicates troubled times ahead; avoid walking directly underneath regime Migs and helicopters, especially if they’re carrying large barrel bombs. Money could be confusing as the currency will continue to deteriorate for the foreseeable future.

Avoid wearing short skirts particularly if the Islamic State of Iraq and Sham appears in your neighbourhood. And particularly if you’re a man. It’s time to reflect on the spiritual dimension and examine your relationship with God because, let’s face it, at this stage there’s nobody else left. Steer away from risky investments for the next three to five years.

The principles of Feng Shui can help you organize your space in a healthy way, make sure you place your seat in a part of the room not visible to the sniper. For Aleppo residents in particular, now is a good time to invest in a few sandbags. Investing in private medical insurance seems to be also wise because the state health system has all but disappeared.

Food and drink will be big items this week, particularly where to get them from. Avoid getting into arguments with armed men when you’re queuing for food this week, the position of Mars indicates turbulence in that area. It’s best to boil the water you get from the well, provided you are lucky enough to get some gas. The stars are uncertain about that.

Your star sign is highly prized by jihadis for deep spiritual reasons, which will make life easier if you live in an area under their control. Don’t push your luck however, it’s best not to engage in public blasphemy or anything that might be considered blasphemous. Remember that most of those people aren’t Syrians, and therefore have different cultural norms. Neptune is in the ascendance indicating an increased likelihood of beheadings but mostly not for Virgos.

Libra represents the concepts of harmony and balance which are entirely alien to Syria now, expect tumult in the next three days to twelve years. While most other government services have stopped, artillery shelling remains uninterrupted and you are advised to stay in low protected areas such underground cinemas, car parks and bomb shelters. Keep a book with you to help pass the time.

The star alignment for the next nine months indicates an increased risk of kidnapping, so seek caution in your movements. The chances of a negotiated settlement appear to be declining, although the path of Venus indicates this might change in the next seven years. On the bright side the internet is still working so you can still read your horoscope.

We don’t usually say this, but you might want to reconsider taking up smoking again. We don’t know how to explain this, but we have rarely seen such a bleak diagram. The smoking will help you through the stress of modern life in a raging civil war and will have only a negligible effect on your life expectancy. Remember to breath the smoke deeply in to make the most out of it. Advise you remaining family members to do the same.

A long ‘vacation’ with your aunt in Beirut might be advisable; we frankly don’t know what you are still doing in Homs, especially that she has that spare room. And don’t even think of taking her favourite desserts because the bakery is right on the frontline and they’re only making bread now. If we were you, we would start packing now and trust us horoscopes are rarely that direct.

Look, we really don’t have any good news, the future looks very dark. Don’t read your horoscope every day; nothing is going to change for a long time. And I’m telling you this before I even look at what your stars are saying. Just try to be careful and take it day by day. Who knows what the future will bring.