Dear Britain, Congratulations on your independence. Here’s what happens next. –The Global South. 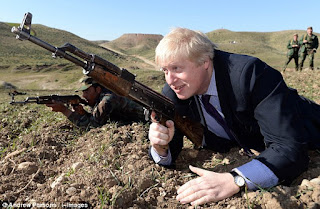 On the first anniversary of the Brexit vote, many in Britain are celebrating their ‘Independence Day’. We in the Global South have been through this before, after we achieved our independence from, er, mostly Britain. But we bear no grudges, so let’s start by saying hearty congratulations on your independence, we are very happy for you. In order to make your experience smoother, we will share some lessons and advice we have learned in the post-independence era. So here’s what comes next.

The English Channel
The English Channel is one of the world’s busiest maritime trade routes and it’s extremely important for the trade movement of many countries in the Global South. Understandably, you will wish to take control of the English Channel as an exercise in sovereignty and to increase your national revenues to support post-independence economic development.

While this may sound like a good idea, please be warned that countries like India and China will look unfavourably upon such a development. Should you attempt to hamper the trade routes or demand unreasonable fees for crossing it, China and India, perhaps with the aid of regional surrogates, will invade the Channel and take control of Dover and other important ports. If you refuse to comply with their demands, they will escalate military action. Your sovereignty is quite important to us, but we are sure that you appreciate that global trade is far more important.

The Expat Question
Naturally as you achieve independence and look towards developing your society, you will start thinking of training the native population to do the jobs that they are currently under-qualified to do. This is a noble aspiration. However countries like India, Pakistan, Nigeria and Bangladesh have significant expat populations living in Britain and will feel displeasure at attempts to replace them with local doctors, teachers, accountants and scientists.

We respect your right to seek the best for your people but you must understand that these countries will act to protect the privileges that their expats enjoy in Britain.  The measures they will take will include economic, diplomatic and political pressure, trade sanctions and generous gifts to local politicians to guarantee their cooperation when it comes to these policies. Your independence is important to us, but obviously within limits.

Sovereignty and the Union
Sovereignty is a fundamental aspect of independence and we respect your right to exercise full sovereignty over the United Kingdom. We wouldn’t dream of interfering unnecessarily in your internal affairs. However, there are many secessionist movements within the United Kingdom and we would not like to see one national group dominate the others. As such we reserve the right to provide political and military support to these movements where convenient. Cynics might call this ‘divide and conquer’ but we are sure that you will understand the altruistic motives behind our support for, say, the Scots or the Welsh.

Political Stability
In a similar vein, the political stability of Britain will be of utmost importance to us. You will no doubt experience the urge to take full control of your country’s resources and we are already seeing indications with Mr Corbyn of the tendency towards nationalisation. While we fully support your desire for autonomy, you will no doubt appreciate that countries like Qatar and Saudi Arabia will not be pleased to see their valuable investments, which were undertaken in good faith, being nationalised by naïve governments.

Don’t be surprised to see those governments take an active role in the management of your political system through donations and media support for political parties that take a more liberal attitude towards foreign investment. These governments will lend full support to moderates in Britain to prevent the rise of extremist political parties which will undermine investor confidence in your country.

The Occasional Coup d'état
Should you prove to be intransigent and continue on your path of nationalist radicalism, major global south powers like India, China and Egypt will have no option but to correct the political mistakes that many newly-independent states are prone to making. It will be necessary under the circumstances to organise a Non-standard Democratic Transfer of Power Operation, lazily described by the unexperienced as a ‘coup d'état’. This will involve replacing a democratically-elected leader with a ‘strongman’ that is more sympathetic to the needs of the global community.

You former allies in the United States and Europe are open-minded about such transfers of power, as they have demonstrated over the years, and will quickly recognise the new regime and provide it with political support. Nobody likes to see the temporary suspension of democratic procedures, but we have to recognise that the voters in newly independent states are likely to make mistakes. But that’s why the global community is there to hold your hand through this difficult process of transition to independence.

Economic Sanctions
A newly-independent state is like a teenager in many ways and we all know that discipline is very important to the development of teenagers. Economic sanctions are the equivalent of grounding teenagers or taking away their pocket money. Should your behaviour in the post-independence era prove to be difficult or problematic, we might have to place you under economic sanctions. Don’t worry because these are for your own good. And, after all, we all know how proud you are of the Blitz Spirit. Think of it as an opportunity to bond as a nation, enjoying the social benefits that scarcity brings with it.

Failed State
Despite your best intentions, we all recognise the difficulty of negotiating a successful post-independence path. As the old saying goes ‘half of all newly independent states fail within the first few decades’. But failure is not something to despair about, it’s part of the process of growing and learning.

So at some point it’s likely that we will have to declare you a failed state. This will automatically trigger a number of procedures that you are probably familiar with by now. Firstly, we will organise some conferences in Mumbai, Dubai and Abuja with titles like ‘The UK in the Post-independence Period: Challenges, Opportunities and Solutions for a Failed State’. These conference will be attended by UK experts, there will be thousands of these within months of the first signs of trouble in Britain, who will work very hard to come up with ideas that will get invited to these conferences.

Secondly, columnists will start writing opinion pieces describing in 500 words how to solve all of the UK’s problems. They might spend as long as one full-day in Newcastle talking to ordinary people as research for their columns. They will generally advocate supporting youthful entrepreneurs to help create a better future for the UK.

Should these opinion columns and conferences prove ineffective, it will be necessary to invade Britain to bring about regime change. We will do this reluctantly and with a heavy heart, and later make films about how the experience of occupation scarred us, so don’t worry it will all be done in good taste. In time, we will write you a new constitution and organise elections, but until the situation is stable enough we will need a pragmatic local leader to appoint as a provisional ruler. We’re thinking of Tony Blair.

That’s about it. Happy Independence Day from your friends in the global south.
By Karl Sharro at June 26, 2017