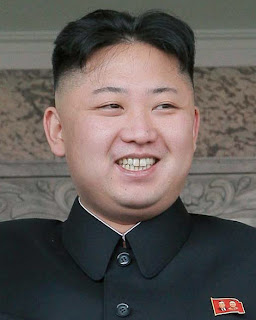 Plans for war between the US and North Korea were left in tatters last night amid mutual accusations. There’s a serious possibility now that the war might have to be called off altogether, with each side blaming the other for its lack of commitment to making the war happen. This signals a troubling time ahead for global conflicts, with economic pressures and political calculations threatening to undermine war in the coming years.

A spokesperson for the US State Department laid the blame squarely on Pyongyang, accusing the Korean regime of ‘lack of cooperation’ and ‘half-hearted approach to war’. Speaking at a press conference, the spokesperson didn’t mince his words: “We have put significant effort into escalating the situation only to be met by empty threats. We agreed to exaggerate North Korea’s missile capabilities to bolster their self-confidence, but it’s clear that they are not taking this seriously. We even offered to meet them halfway by moving our interceptors to Guam, but we can't do all the work for them, we need to see some firm commitments.”


The State Department spokesperson signalled that the US administration is running out of patience and was now close to abandoning the plans for war altogether. “Quite frankly we don’t think we have the right partner for war in North Korea, and we will now be focusing on other on-going projects until the DPRK gets its act together.”

He went further to question North Korean leader Kim Jong-un’s credentials and leadership potential. “He is young and inexperienced, which we understand, but quite frankly we don’t think he meets the standards of villainy that the US has come to expect in the 21st century. We had high hopes for him when he took over from his father, we thought he would be a reformer that would take tangible steps towards war, but we were clearly deceived.”

In a break from diplomatic conventions, he added: “he is a really a bit of a joke. The haircut, the chubby face, the entire image just doesn’t say ‘global nemesis’ to us. There is a lot of competition these days, and we will be taking our business elsewhere.”

The North Korean government rejected the accusations arguing that the “imperialist warpigs [sic]” are behaving in a racist manner. “if Iran had made similar threats to the ones we made, the imperialists would be bombing Tehran by now. What do the Iranians have that we don’t have? This is a clear case of discrimination.” Some Western analysts have surprisingly come out on the DPRK’s side, arguing that the US obsession with Muslim nations is a form of favouritism that is estranging some of its traditional opponents who are feeling left out.

There are some last-minute attempts to salvage the war plans, but most observers are pessimistic about whether they would lead anywhere. The British Foreign Secretary William Hague made a public statement ‘urging calm’ to try to show that there is still a serious prospect of war, but the North Korean government rightly interpreted this as a pathetic attempt to pretend anyone cared about the UK. There is a general consensus now that only Tony Blair has the credentials to revive the prospects of war, and there are on-going behind-the-scenes attempts to recruit him. Should he refuse, the prospects of war would all but evaporate.