Hariri’s refusal to implement the Saudi-Syrian agreement, still according to Al-Akhbar, would lead to Saudi pressure for him to resign, and be replaced by another person from the Hariri family or a candidate loyal to Saudi Arabia. In the absence of such an agreement, the collapse of the current government would be followed by the appointment of Bahij Tabbara or Leila El Solh as prime minister. Tabbara played important roles in the cabinets led by Rafik Hariri, while Leila El Solh has strong Sunni credentials and links with Saudi Arabia.

There’s no way of telling whether Al-Akhbar’s scenario has any credibility, but given that the newspaper has been acting as an important conduit for relaying Syrian wishes and political messages at an increasing frequency lately, the article could be seen as a reassuring message to the Sunni street. Hezbollah and Syria seem to be proposing transitional scenarios that lead to the abolition of the STL while preserving strong Sunni political presence. What’s remarkable about both scenarios is the 90s nostalgia that’s a common theme. Syria and Hezbollah seem to be proposing a return to the arrangements that prevailed then, with minor adjustments. 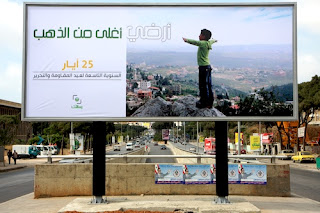 I had argued previously that the current confrontation between Hariri and Hezbollah is a prelude to a settlement that creates a new division of labour between the two and reintroduces Syrian control. The two scenarios discussed by Al-Akhbar don’t differ much in outcome from this hypothesis. At the end of the transitional period, Harirism would be maintained as a political and economic project under the leadership of Hariri himself, someone from his circles or a Sunni leader with business credentials. What is apparent is that the abolition of the STL is so important to Syria and Hezbollah to make them offer the continuation of Harirism as a project in return for its dissolution. 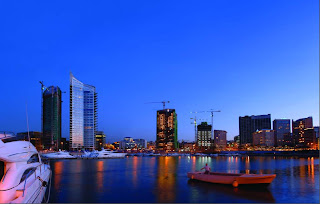 The 90s version of Harirism was based on the construction/resistance division of labour between Hariri the father and Hezbollah. This arrangement could be described in a different way: Back then, Harirism was concerned with mapping the future of Lebanon while Hezbollah acted as a guardian of its past. Hariri’s economic vision represented that future, while Hezbollah’s mythology prescribed the country’s historic identity and its Arab dimension. Hariri’s imagery was of Singapore and Hong Kong while Hezbollah’s imagery glorified toil in the land and a peasant lifestyle.

This renewed attempt at reviving the pre-Cedar Revolution version of Harirism and a political arrangement with Hezbollah ignores the crucial contradictions between those two outlooks. It also ignores the changes that both Harirism and Hezbollah underwent during the past five years. But it seems that, once again in Lebanon, political stability would be obtained at the expense of repressing manifest contradictions. Such an arrangement is certain to exclude many political groups, such as Aoun and the Lebanese Forces, from the decision-making circles. Will it then be a complete return to the 90s with the marginalisation of Christian leaders? Are the Lebanese people willing to relive that era once again?
By Karl Sharro at October 06, 2010