The Forensic Alternative to the Truth: Thoughts on the Nasrallah Speech and the Difficulty of Writing History in Lebanon 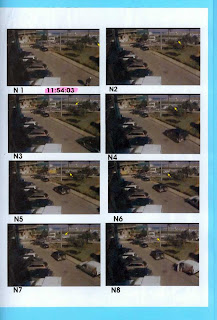 The artist Walid Raad (The Atlas Project) observed a curious aspect of the Lebanese Civil War: confronted by their own powerlessness in the face of car bombs, the police turned to recording meticulously all details of the crime scene without any serious hope of finding the perpetrators. The press would always report the license plate and engine numbers of the cars used in the bombing, as well as other details such as colour and make. Many questions about the war remain unanswered, but we have an encyclopedic record of all the secondary facts, and this is as close as we ever got to writing the history of the war. As the state disintegrated its agents went through the motions, reducing their official roles to that of skilled scribes.

I was reminded of this tonight when I was watching Sayyed Hassan Nasrallah's speech in which he revealed important information that Hezbollah possessed about the assassination of former Prime Minister Rafic Hariri. Nasrallah's press conference came as a part of a series of speeches related to the Special Tribunal for Lebanon which is investigating the assassination of Hariri, and the expectation that the tribunal will charge members of Hezbolalh with the assassination. What Nasrallah did in effect was establish a hypothetical case against Israel and turn the 'political accusation' away from Syria and Hezbollah and point it at Israel. What is spectacular is the manner in which this was performed: Nasrallah went through a number of confessions made by agents of Israel captured in Lebanon and dropped a bombshell by revealing footage taken by Israeli aerial reconnaissance drones that was intercepted by Hezbollah.

None of the evidence was conclusive, but Nasrallah insisted that no one had seriously considered Israel as a suspect, even though there is enough evidence to merit such a suspicion and demanded that this possibility be investigated. But what is curious about the whole episode is that Nasrallah decided to respond to the possible indictment through forensics and not through a political argument. The evening had a CSI feel about it, particularly as it came after recent revelations about the STL and its investigations in the media, especially through a series of articles in the pro-Hezbollah Lebanese daily Al-Akhbar. Much like Nasrallah's press conference, Al-Akhbar's coverage contained a lot of forensic evidence such as CCTV footage and grainy passport pictures. The generous supply of forensic evidence flatters the hidden detective inside each of us: somehow we feel that we had reached the conclusion unaided and not been gently directed there by a helping hand. Every successful crime series does the same. 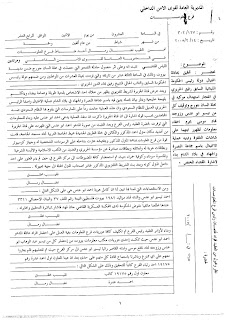 This is not to say that any of the evidence is fabricated, this is almost inconsequential at this stage. What is more important is the forensic turn than political life in Lebanon has taken in direct contrast to the decline of comprehensive political arguments. Nasrallah could have stood defiant tonight and declared his opposition to the STL and warned against the consequences of indicting members of Hezbollah and that would have been a legitimate position from the leader of an armed resistance movement. Instead, he opted for a highly sophisticated display of forensic evidence, the seductive and persuasive grainy matter that we associate with the truth today. There's something so unpolished about this type of evidence that gives it credibility in a glossy age. 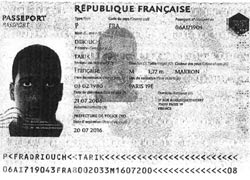 But the truth is that the unwritten history of the Lebanese War has come back to haunt us: our chronic inability to take control of our own destiny manifested itself once again in the missed opportunities of 2000 and 2005. A shared national narrative remains elusive, and in the face of that arguments lose their ability to convince. Forensic evidence doesn't suffer from such shortcomings, hence its popularity both on the screen and in  Lebanese politics. Somehow along the process, the STL has become a problem and there's echoes of the old arguments that perhaps it's better not to know, perhaps stability is better than finding out the truth. Nasrallah was pointing the way towards to a viable alternative today: let's agree to accuse the enemy without and in the process he reclaimed Rafic Hariri as a martyr for all the Lebanese.
Perhaps this is a way out of the predicament that the STL has created, but can we really afford not to find out the truth anymore? Are we not just accumulating more recorded facts for the future, facts that contain no truth within them? Should we accept the forensic sedative and get on with our lives?
Many objections have been raised against the STL, but few were points of principle. And not once did anyone mention the blatantly obvious problem: if we can't conduct our own justice system then what is the point of having an independent country? I wish Nasrallah had said this tonight. Instead, we've added a few more grainy snapshots to the family album hoping that this scrapbook will one day turn into a written history.