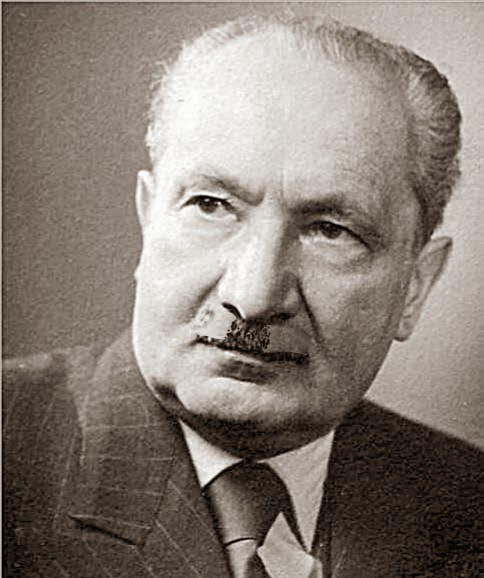 Heidegger’s defenders have consistently argued that his anti-Semitism was more of a personal hobby and didn’t really influence his thinking. But on closer reading, it seems that there were many hints about how his anti-Semitic views had found their way to his writing. Surprisingly, Heidegger scholars have missed these so far. Here is a selection, see if you can spot the anti-Semitic references.

The first clue is to be found in Heidegger’s classic ‘WouldJew Understand Being?’ (1928). Heidegger fans have argued that the title was actually ‘Would You’ but when pronounced in Heidegger’s heavy German accent it sounded like ‘WouldJew’. But that doesn’t explain why it was written like that.

And here some of his quotes:

“Time is not a thing, thus nothing which is, and yet it remains constant in its passing away without being something temporal like the beings in time. But why did Goldstein overcharge me for fixing my grandfather’s watch?”

“To dwell is to garden. And we all know who doesn’t stay in one place long enough to establish roots, with their cosmopolitan anti-gardening ways. No, not the gypsies.”

“As the ego cogito, subjectivity is the consciousness that represents something, relates this representation back to itself, and so gathers with itself. Like you know who, they always gather with themselves.”

“Language is the house of the truth of Being. German not Yiddish of course. Yiddish is the stale warehouse of a-temporal being.”

“The human body is essentially something other than an animal organism. Speaking of animal organisms, I’m never buying meat from Godlberg ever again.”

“I know that everything essential and great originated from the fact that the human being had a homeland and was rooted in tradition. Rooted, he was not rootless. Get it?”

“To make of "the truth" a goddess amounts to turning the mere notion of something, namely the concept of the essence of truth, into a "personality. And you know whose God behaves like He is a big deal.”

“Temporality temporalizes as a future which makes present in the process of having been. The promise doesn’t have a land, in other words.”

“Time-space as commonly understood, in the sense of the distance measured between two time-points, is the result of time calculation. You know who’s got a talent for calculation? Yes, them. Why are so many of them called Gold?”

Was Heidegger a rabid anti-Semite whose philosophy reflected his bigotry or a despicable individual with anti-Semitic tendencies that found their way to his thinking? You can be the judge.
By Karl Sharro at March 13, 2014