iEmbassy: The new American Embassy in London looks like it's designed by Apple 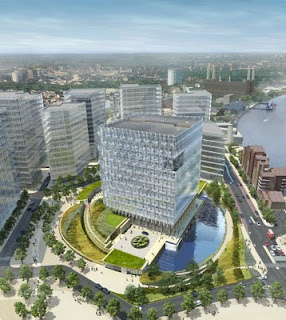 My first reaction was that the building looks more like a dumpling than a beacon of democracy, but on further reflection, it looks like it's been designed by Apple. Welcome to the new iEmbassy!

The proposals for the new American Embassy building in London were unveiled yesterday. The new building intended for a site close to the River Thames in Wandsworth will replace the Eero Saarinen embassy in Grosvenor Square which has been bought by the Qatari government. The scheme was designed by the Philadelphia-based practice Kieran Timberlak, with security being one of the main drivers of the design. The building, a 12-storey glass cube sits within a 30m blast zones and is enclosed by a moat on one side. I hope they have provided some sheltered space outside for those long hours I will spend in the rain waiting to be interviewed for a visa...
The first Obambassy to be commissioned, apparently it is intended to project a different image of America. As far as I can tell, it is an apt monument to the age of risk assessments. Although I hear that Richard Rogers didn't like it, so I might reconsider. More to follow.. 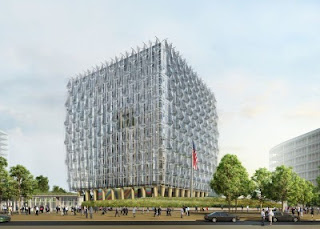 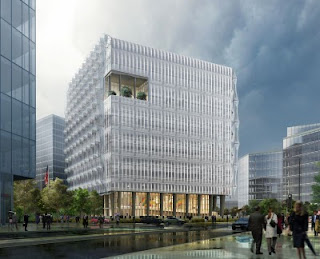 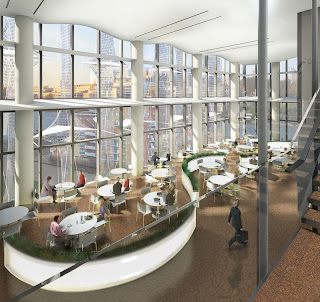