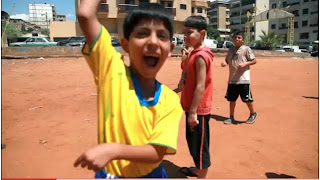 In Orhan Pamuk’s The Black Book, the protagonist Galip undertakes a strange journey to find his wife who had mysteriously and inexplicably disappeared from their flat. In keeping with Pamuk’s obsessions, the journey becomes a quest for identity, that of Galip, of Istanbul and of modern Turkey. During his journey, he enters a ‘spider-infested labyrinth of memory’ where the authentic Turkish self is preserved. This labyrinth is an underground museum displaying dusty mannequins rejected by department stores because ‘Turks no longer wanted to be Turks, they wanted to be something else altogether.’
Galip’s journey echoes the central theme of another Pamuk novel, My Name is Red. Set during the sixteenth century, the novel revolves around Ottoman miniaturists, one of whom is murdered in the first chapter. The murder mystery is but a backdrop for the real crisis: the miniaturists’ belief in their abilities and their art is dealt a blow when they’re confronted with Italian Renaissance painting and in particular its realism. The question of representation is revisited by Pamuk in order to deal with our current preoccupation with the self-image. Much like the miniaturists, modern Turks find real images of themselves somewhat unsatisfactory.
This is of course a notion that the Lebanese are quite familiar with. In fact, fashion in Lebanon is almost entirely dedicated to concealing local features and the presentation of a repackaged self. Fashion here extends beyond clothes and accessories to surgery and self-modification; self-representation is not to be taken lightly. However, this is not strictly a form of westernization, the sources of inspiration for fashion differ according to demographics. The Iranian Chador is a novelty in Lebanon that plays exactly the same role like tattoos and western clothes, and in some Sunni circles the Afghani and Pakistani influences are becoming quite evident.
This is not a moral criticism however. Our choices in fashion are but a symptom of our condition as consumers and not producers of images. This is clearly portrayed in the video clip for Zeid Hamdan’s song General Suleiman, a satirical reggae number dealing with the country’s political frustrations. Despite the local theme of the song itself, the video takes most of its inspiration from Rio de Janeiro and little, if anything, from Beirut. The Brazilian visual clichés are prevalent: street football, flip-flops, and happy multi-cultural faces.

The depiction of diversity is particularly interesting; it’s as if our own diversity is deemed un-presentable so we have to resort to borrowing other people’s visual depictions of diversity. This is more Benetton than East-West Beirut, more Copacabana than Masbah Ajram. Thankfully the video avoids the combined image of a Mosque and a Church, but surely this is a bit more depth to us than this? 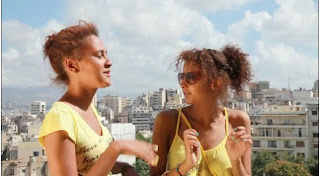 But perhaps this is the real problem; our inability to produce convincing images portrays our lack of depth, a lack of character that we can truly call our own without reverting to folklore and vacuous traditions. Our anxiety and restlessness and inability to agree on a common future make it impossible for us to portray ourselves. We can only portray our constant crises and that’s hardly a basis for the production of composed imagery.

Some will argue that the choice of imagery in the video is down to the fact that the director is not Lebanese, but we come across the same appropriation of imagery in most Lebanese video clips made by local directors. It is more likely that the director here had to fall back on the Brazilian imagery precisely because of the failure of the local context to provide a convincing repertoire that does not reveal too much behind the scenes. Ultimately this would not sit comfortably with the somewhat simplistic political ‘message’ of the song.

Being a foreigner didn’t prevent Danny Boyle from producing exclusively Indian imagery in Slumdog Millionaire. But a warning to nitpickers here, please spare me any lazy comments about the depiction of the other and orientalism, India was captured superbly in Slumdog without resorting to clichés and traditional imagery. But India is self-possessed and dynamic; Boyle’s cleverness was to engage with the energy and the ambition of the place and let them shape the visual narrative.

What would he have depicted in Beirut?
By Karl Sharro at September 01, 2010