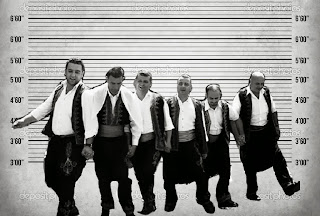 In the old days in the Levant if you had a mediocre donkey that you wanted to sell you resorted to a time-tested method. You place the mediocre donkey next to the skinniest, weakest-looking donkey you can find which makes the mediocre donkey look far more attractive to prospective buyers. Many a naïve person was parted with his gold in return for an average donkey. Everything is relative, as they say.

2013 on Karl reMarks: Six posts to remember the year with

As the year 2013 comes to an end, I selected six of my favourite posts to remember the year with.

March: It’s ever so simple: a tribal map of the Middle East
This is one of my all time favourite posts, it's a satirical take on the way some pundits and journalists insist on seeing Middle Eastern politics as driven by ancient tribal rivalries.

"The Middle East. The land of minarets and veils and other inaccurate clichés. Where every male’s earliest memory is being assaulted by a stranger who cut off a piece of his genitals, and they wonder why there is so much aggression. The Middle East remains a mysterious place that defies Western understanding because of its complexity and the stubborn refusal of so many to accept broad generalisations about it." Continue reading here.

August: Exclusive: transcript of the intercepted al-Qaeda phone call that sparked embassy closures
I look at what caused the major US freak out and led to the closure of many of its embassies across the Middle East and other places. The intelligence turned out to be an intercepted phone conversation between al-Qaeda's leaders. I provided the full transcript.

"NW: This is becoming more mysterious. Your voice sounds familiar, but this connection is very bad.

July: Liberals, Communists and Assorted Infidels: The Ultimate Guide to Arab Secularists
Following the coup in Egypt in July, many Arab secularists confused the rest of the world with their support for the crackdown on the Muslim Brotherhood and embracing military rule. I take a closer look at who Arab secularists are and what alcoholic beverages each group prefers.

"The liberals are the granddaddies of all Arab secularists. They see themselves as the vanguard in the fight against Islamists, and they often say things like: “this is not my true Islam”, despite not having set foot in a mosque for 17 years. They mostly work for the UN, the World Bank, and western think tanks, but this doesn’t fool Arab leftists who know that this is the perfect cover for the western imperialist conspiracy." Continue reading here.

May: The Angry Arab Interviews Himself About Syria
The Angry Arab ran a series of interviews with respected experts and journalists about the situation in Syria. He promised to interview himself at the end of the series, a task that I volunteered to carry out on his behalf. A good thing I did because he never published that interview. Also check out the first comment on the post.

"AA: It’s quite unusual for an analyst to interview themselves, don’t you think it’s a bit pretentious?
AA: You’re one to talk.
AA: Ha, ha, good point, let’s get down to the interview then. What in your opinion is happening in Syria?
AA: I have talked a lot about this, and I would have expected you to start by asking me a more rigorous questions but you obviously haven’t done your homework."
Continue reading here.

September: Who are the moderates in Syria? A so-so guide to easy-going rebels
At the end of the summer the debate about the 'moderates' in Syria was heating up amid claims that the Islamists have taken over the Syrian rebellion entirely. I provide a helpful guide to the moderate Syrian rebels that include the likes of the legendary Red Unicorn Brigades.

"The Roses of Damascus Brigade

The ‘Roses’, as they are commonly referred to, are so moderate they only fight on Mondays, Wednesdays and Fridays. In the words of their leader Abu Randa, there’s more to life than revolutions, that’s why they like to dedicate the rest of the week to yoga, stamp collecting and spending time with the family." Continue reading here.
January: Libya’s Slapstick Democracy Explained
How is Libya shaping up after the overthrow of Gaddafi? I take a closer look at Libya's emerging democracy.

"The General National Congress is an elected chamber, much like any other parliament in the world outside North Korea and parts of the Gulf. However the GNC’s procedures were designed to give a voice for those who lost in the elections but still have lots of weapons. A simple majority is used to determine the outcome of legislative votes, but this could be invalidated should 15 or more armed men burst into the chamber screaming and waving their machineguns in the air. At this point, the chairman must recognise the motion and moves to delay the vote and must rush out saying “I’m sorry I have to leave, I’m invited to dinner.” (But using more than 25 men is considered bad form according to convention.)" Continue reading here.

Essay: The Arab Uprisings and Self-Determination - The Missed Opportunity

This essay was written in August 2013 and was published in German in Novo Argumente. I am publishing it in English for the first time here. 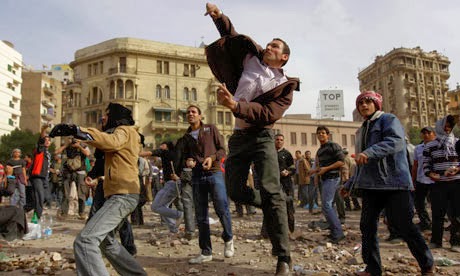 As I write these words, a bloody massacre is being committed by the Egyptian police and army as they attempt to clear out two Muslim Brotherhood encampments set up to protest the military coup that removed President Mohamed Morsi from power on the 3rd of July. Amid the violence that claimed hundreds of lives, the authorities declared the return of the dreaded State of Emergency, a reminder of Egypt’s decades-long dictatorship which came to end when Hosni Mubarak was deposed on the 11th of February 2011. The combination of the violent repression and the reinstatement of the State of Emergency have effectively ended Egypt’s short-lived democracy, at least for now.
Continue reading »
By Karl Sharro at December 16, 2013 1 comment:

While researching the ancient Arab animal fables book Kalīlah wa Dimnah I came across these six incredible tales in a chapter called The Spring. They bear an uncanny resemblance to our modern day situation and there are many lessons that could be learned from these wise stories, which is why I am sharing them with the general public.

The Turtle King of Toonis

Once in the green forest of Toonis there lived a tyrant turtle who ruled with an iron fist. The Turtle King was in power for decades and had amassed a huge fortune which he shared only with a narrow circle of his relatives while the rest of the animals lived in poverty. The turtle king awarded lucrative government contracts to his wife and his close relatives which bred discontent among the general population.

Continue reading »
By Karl Sharro at December 16, 2013 No comments: 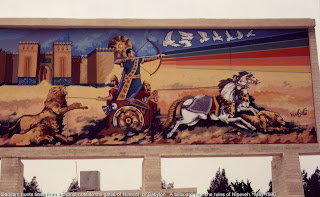 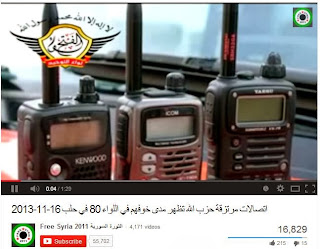 There’s an old joke that goes like this: at the international tournament for secret intelligence services they play a game to determine which is the best agency. They let a rabbit loose in a forest and the agency that captures the rabbit in the shortest period of time wins the competition.

The German secret service retrieved the rabbit in half an hour. They were acting on a tip from a neighbor that thought the rabbit was behaving strangely because he didn't put his recycling in the correct bin.

Continue reading »
By Karl Sharro at December 03, 2013 No comments: