Lebanon’s parliament today extended its mandate until November 2014 in a move to postpone the country’s parliamentary elections. The assembled MPs argued that ‘time is relative anyway’ and made a plea for Lebanese citizens to accept the scientific foundations of their decision.

The parliamentary session witnessed heated debates between the majority of MPs who subscribe to Einstein’s general theory of relativity and a minority who tried to scupper the motion by relying on quantum mechanics, but there was no swaying the ardent relativists who succeeded in imposing their interpretation.
Continue reading »
By Karl Sharro at May 31, 2013 2 comments:

Everybody knows that the Sykes-Picot agreement which divided the Middle East between Britain and France produced a messy reality. Below are neater versions inspired from the world of fashion.

(Click on images to zoom and scroll between them)

Email ThisBlogThis!Share to TwitterShare to FacebookShare to Pinterest
Labels: Levant, Middle East, on the lighter side, Parody

Photograph of a Beirut Metro Station

What would a metro station in Beirut look like? Click on the image to find out.
By Karl Sharro at May 23, 2013 No comments: 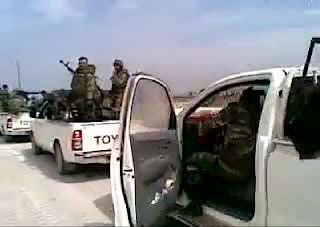 The town has been the scene of intense fighting between Syrian rebels and government troops for several days, and the arrival of hundreds of heavily-armed Hezbollah fighters was somehow misinterpreted by the rebels as a sign of aggression so they opened fire on the convoy and the Lebanese fighters had no option but to retaliate. The situation quickly escalated and Hezbollah’s fighters were drawn into the battle. Judging by the continuous supplies they are receiving however, it seems that their satellite navigation devices are still making the same mistake.
Continue reading »
By Karl Sharro at May 21, 2013 1 comment:

The Angry Arab Interviews Himself About Syria

The Angry Arab has been conducting a series of interviews with journalists and analysts about the situation in Syria for a while now, asking questions that you would never see in the ‘mainstream media’ as he calls it. He had promised to interview himself at the end of the series, and we are lucky that he decided to allow us to publish this remarkable interview which sheds so much light on one of the most unusual Arab writers and commentators around today. It also gives a unique insight into the situation in Syria unlike anything you might read anywhere else. Here goes:

AA: It’s quite unusual for an analyst to interview themselves, don’t you think it’s a bit pretentious?

How The Phoenicians Gave Us Oil 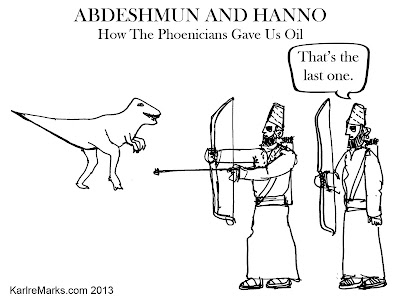 Sunni – Shiite Rivalry Revealed to be an Ancient Hoax

In a dramatic turnaround in the Middle East, it has been revealed this week that the so-called Sunni-Shiite rivalry is in fact an ancient hoax. The hoax appears to have been created by an eighth-century satirist who was generally regarded as a loser by his contemporaries.

Abu-Hayyan Zafer al-Ajayebbi, as he was known in his native Basra in modern Iraq, had penned a number of fake scrolls describing a deep Sunni-Shiite rivalry that were taken at face value by historians because he had not included a warning that the scrolls were works of satire. The sense of rivalry was passed down the generations uncritically and without proper regard to academic standards of source-checking.