Are Salafis Preparing to Replicate the Hezbollah Model in North Lebanon?

The violent clashes that started in Tripoli last week and spread to Beirut last night represent the most serious challenge yet to the authority of the Future Movement, the largest and most influential party in the March 14 coalition. But amid the over-excited talk of this representing the beginning of a Sunni Hezbollah and the establishment of a ‘Northern Suburb’, it's important to keep in mind that this is more a gesture born of frustration than a serious and considered plan. Given that Hezbollah itself has reached the limits of its power as it finds itself locked in an ineffective government that has damaged its credibility, it is also questionable whether this model can bring anything but further instability and chaos to Lebanon.

Read my opinion piece in Al-Akhbar: Syria’s Parliamentary Elections: The Specter of Division
By Karl Sharro at May 21, 2012 No comments: 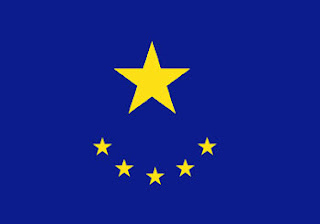 Aboul Foutouh: A Man For All Seasons

Shadi Hamid wrote an interesting article about Egyptian presidential candidate Abdel Moneim Aboul Fotouh in FP, 'A Man For All Seasons', arguing that Aboul Fotouh is a 'political chameleon' but may have not enough real support to win the elections. He also predicted problems for an Aboul Foutouh administration because of his highly eclectic support base:

'But just as the high hopes of the Obama campaign were dashed by the political compromises inherent in governing, an Aboul Fotouh administration may find it difficult to transcend the basic realities of Egyptian political life. If he wins, his supporters will soon find that the divisions between Egypt's feuding political currents do not dissipate quickly, if at all.'

Hamid's article echoes my thoughts on Aboul Fotouh's chances of successfully leading Egypt, in my column in Al-Akhbar earlier this week:

'Aboul Fotouh has spread himself so thin in trying to gain the support of a broad spectrum, from liberals to Salafis, that it is hard to see how he can satisfy them all if elected. His relationship with the MB might change once in power, of course, but it’s hard to see how he would reconcile this with his campaign tactics. The divergence in his support base will translate into little agreement over any serious policy initiatives, seriously weakening his ability to reform.'

I found the comparison with Obama's campaign particularly useful, given the wide gap between the electoral aspirations and Obama's performance in office.

Email ThisBlogThis!Share to TwitterShare to FacebookShare to Pinterest
Labels: Egypt

The Muslim Brotherhood's Presidential Marginalisation is a Blow for Egyptian Democracy

Read my opinion column in Al-Akhbar: The Muslim Brotherhood's Presidential Marginalisation is a Blow for Egyptian Democracy
By Karl Sharro at May 08, 2012 No comments: 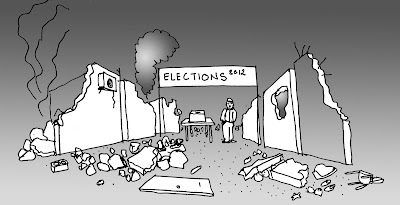 The Case of the Superman Underwear

Read my article about the bizarre Case of the Superman Underwear at Foreign Policy.
By Karl Sharro at May 03, 2012 No comments: