Tribes With Flags - Is the Arab State Really Dead? 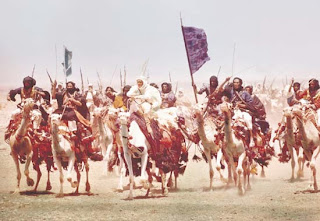 Aaron David Miller stirred up quite a hornet’s nest with his recent article in FP ‘Tribes With Flags’, in which he questions the ‘myth of Arab statehood’. Some of the angry responses to Miller’s article were more outraged by the provocative title, with its insinuations of camel-riding bandits, than with the substance of his argument. I’m personally not worked up about the title, it’s a metaphor he’s using as a figurative extension of his argument. The real problem is his shoddy and complacent reasoning.

Read my review of The Bride and the Bachelors: Duchamp with Cage, Cunningham, Rauschenberg and Johns exhibition, part of Dancing Around Duchamp season at the Barbican, London. Published today at  Culture Wars, the online review website.
By Karl Sharro at February 26, 2013 No comments:

Email ThisBlogThis!Share to TwitterShare to FacebookShare to Pinterest
Labels: art

The Orthodox Law: Is this the beginning of the end of the sectarian system?

“Not until 1967 did a Dutch bishop dare suggest in public that Dutch Catholics might vote for a non-Catholic party without risking excommunication.” Tony Judt, Postwar

People who hope to establish a secular system in Lebanon need optimism now more than ever. In the wake of the approval the Orthodox electoral law in a parliamentary committee and the continuing opposition to civil marriage it might seem that the ‘sectarian system’ is consolidating its control, but I think the opposite is happening. The increasing impertinence of the sectarian monopoly on politics and society is in fact a sign of weakness. It is an indication that political and religious leaders feel a rising threat to their power base and are pushing for ever more flagrant measures to protect it.

The Onion to Sue Lebanon for Making Its Headlines Look Reasonable

It emerged today that the American satirical magazine The Onion is to sue Lebanon for unfair competition practices and for making its headlines look totally reasonable. The Onion is demanding millions of dollars in compensation, claiming that the small Mediterranean country has ‘ruined the business of writing satirical headlines’. The magazine’s claim refers to a ‘sustained campaign of nonsensical but nevertheless real headlines’ over a number of years, during which Lebanon, ‘went out of its way to make The Onion’s headlines look ordinary by comparison.’

The Policy Delusion in Syria: The Myth of Constructive Meddling

So we know by now that Obama won’t intervene militarily in Syria, nor will he approve the arming of Syrian rebels. He clearly overrode the recommendation of many in his administration who had gone to the extent of devising plans to help the Syrian rebels tip the balance against Bashar al-Assad’s regime. Obama’s reluctance stems from the apprehension about the rise of Jihadis within Syria, particularly of outfits like Jabhat al-Nusra that have a history of insurgency in Iraq and connections to al-Qaeda.

Warspace: Geographies of conflict in Beirut

Read my new article Warspace: Geographies of conflict in Beirut  in Open Democracy's new series Cities in Conflict. It's an abridged and updated article of an essay I wrote in 2003. With thanks to Tom Cowan at Open Democracy.
By Karl Sharro at February 14, 2013 No comments:

Should the EU term Hezbollah terrorists?

Listen to this discussion: Should the EU term Hezbollah terrorists? on Voice of Russia that I took part in with Nadim Shehadi from Chatham House, Shashank Joshi from RUSI and Dmitry Babich, VoR’s in-house commentator.
By Karl Sharro at February 13, 2013 No comments:

The Eisenstein Mujahideen: A Film Critique of Syria’s Combat Videos

Film critics are notoriously disconnected from the fast changing world of self-made film. One genre they have completely ignored so far is that emerging from the thousands of combat videos coming out of Syria. We asked renowned film critic Alex Osman Fassbinder to watch some carefully-selected videos and provide with us with his professional opinion.

Fassbinder, known for his keen eye and deep understanding of neo-realism and Soviet cinema immediately recognised the unmistakable Russian influence, both in terms of style and content, on those videos. For decades, Syrian filmmakers were trained in Russia and the influence of Russian cinema can be seen even in Syrian drama and even in TV soaps.

Email ThisBlogThis!Share to TwitterShare to FacebookShare to Pinterest
Labels: Film, on the lighter side, Syria

Make sure you click the Captions icon if English subtitles aren't displaying.

The confessional prism for understanding Lebanon is completely exhausted. Trying to understand the socio-political dynamics in the country through ‘sectarian’ relationships not only doesn’t tell the full story, it has become a way in itself of reproducing the sectarian narrative. This is not to say that it should be dismissed entirely, but the reality is much more complex and we need to expand our horizons. I propose a closer look at the socio-political geography of the country to supplant our understanding. Below are my first thoughts towards critiquing the spatial imagination of the political class and the way it impacts on its political actions.

Email ThisBlogThis!Share to TwitterShare to FacebookShare to Pinterest
Labels: Lebanon

The Phoenicians Go To Egypt

The Man with the Golden Soles: Amiralay on Rafik Hariri

(Skip the introduction and watch the film through the links at the bottom of the page).
I came across late Syrian director Omar Amiralay's 2000 film about Rafik Hariri on Youtube today. The documentary was quite controversial at the time, and Amiralay was criticised widely by the left for this project. Amiralay had anticipated this critique and indeed included it in the film through a four-way conversation between him, Samir Kassir, Fawaz Traboulsi, and Elias Khoury. Khoury chides Amiralay on his naivety in thinking that his openness would be reciprocated by Hariri.

I can't recommend 'My Neighbour, My Enemy' enough, I think it should be essential viewing. The documentary by Darius Bazargan and Wadih el-Hayek examines the permanent state of war between the Sunni neighbourhood of Bab al-Tabanneh and the Alawite Jabal Mohsen in the Lebanon's second city, Tripoli. The sectarian conflict which started in 2008 and explodes periodically has its roots in Lebanon's civil war and the massacres carried out against civilians from both neighbourhoods during the 15-year long conflict.

Email ThisBlogThis!Share to TwitterShare to FacebookShare to Pinterest
Labels: Lebanon

'The ‘political opposition’ has repeatedly failed the Syrian uprising and did not rise to the level of representing the aspirations and sacrifices of the Syrian people.
This is not about personalities or frictions as many argue, it is because this process of political formation is happening in a sterile external environment that is disconnected from the realities of Syria.'

Read my op-ed for Syria Deeply: Al-Khatib’s Negotiation Proposal: A Crisis of Leadership?

The Phoenicians Invent the Wheel!

Or watch the video, you can turn on the captions in English by clicking the first icon on the left on the bottom right corner.

Continue reading »
By Karl Sharro at February 04, 2013 No comments: 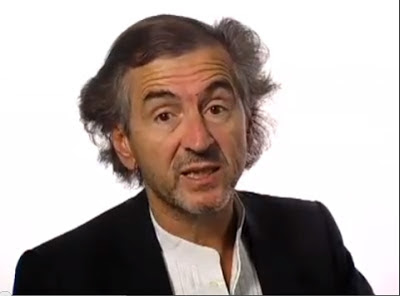 Philosopher, intellectual, diva, poster boy for humanitarian interventionism, post-Foucauldian striptease artist. Bernard Henri Lévy has been called many things over the years, but none of those descriptions quite capture the essence of France’s Numéro Un public intellectual (now that all the others have died). Who is the real BHL, as he is lovingly referred to in France, and why does his moniker sound like the name of a French department store? In order to answer those questions, and have an excuse to call him a few more things, we spent seven minutes inside his head. Here’s the transcript narrated by the Gallic Über-coif himself.
Continue reading »
By Karl Sharro at February 01, 2013 7 comments: