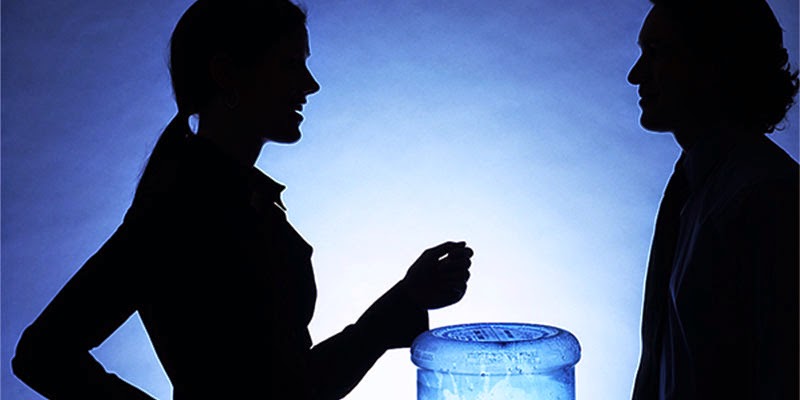 Your enemies in the corporate world are working tirelessly to undermine you, so you should do the same. Controlling your corporation’s in-house newsletter is essential to your political survival but avoid doing this directly and try to work through agents. Contrive to appoint your allies in key positions, and then plant compromising stories about your nemeses. These media puppets, (but don’t call them that to their face), can occasionally run stories about your generosity and dedication to serving the corporation, and don’t worry about overdoing it. Middle East newspapers are full of stuff like that.

It is crucial to avoid direct confrontation in the corporate environment because it will antagonise people and galvanise support against you. One valuable lesson from Middle East geopolitics is how countries like Saudi Arabia and Iran shun direct confrontation and conduct their wars through proxies. This is quite a useful tactic in office politics that will allow you to climb the corporate ladder without jeopardising your reputation. You will need to invest in nurturing lackeys and proxies but again don’t call them that to their face.

Backers are as important in corporate politics as they are in Middle Eastern geopolitics. Israel for example has done very well out of its ‘special relationship’ with the US, and so too can you. Nurture strong bonds with powerful people in the company by magnifying the importance of minor things you have in common, and whine constantly about how everyone hates you and picks on you and why is it always you. Try to sound sincere in airing your grievances, and don’t hesitate to use visual aids to explain your situation.

This is a delicate topic but one that, if handled sensitively, can help you increase your power significantly. Here you have to be utterly shameless and pragmatic, remember that it’s for a good cause: your own success and wellbeing. Don’t hesitate to convert to another religion if it will guarantee you favours and help you nurture relationships with superiors and followers alike. If your manager is vegetarian, become vegan and start campaigns to encourage others in the company to become vegans. Remember not to get sucked into this and remain as cynical as possible. You can continue to eat meat when you’re not observed, for example.

The coup is one of the most important tools of Middle Eastern geopolitics, and one that even Western countries that preach about democracy constantly are not reluctant at all to endorse. Your quickest way to promotion is executing a well-timed coup against your direct superior and assuming his or her position. This will require a lot of preparation though, and begins with a campaign of slanders and false accusations, weakening the target’s moral standing. This needs to escalate to a tipping point, at which you can step in and carry out the coup. And don’t worry, if your superiors are anything like the US and the EU, they will have no moral hesitation about backing you.

Conspiracies are the lifeblood of both the corporate world and Middle Eastern geopolitics; you should invest most of your time in either alleging conspiracies against your enemies or planning ones against them. Remember that the point of a conspiracy is not to sound plausible, where’s the fun in that, but to seduce people into repeating them as fact. To that end, the more intricate and outlandish they are, the better. Ideally, choose one unpopular colleague and blame everything that goes wrong on him or her. This will come in really handy to cover up your own incompetence.

Lastly, it’s better not to read this at the office, after all you don’t want other people to know the secret of your success.