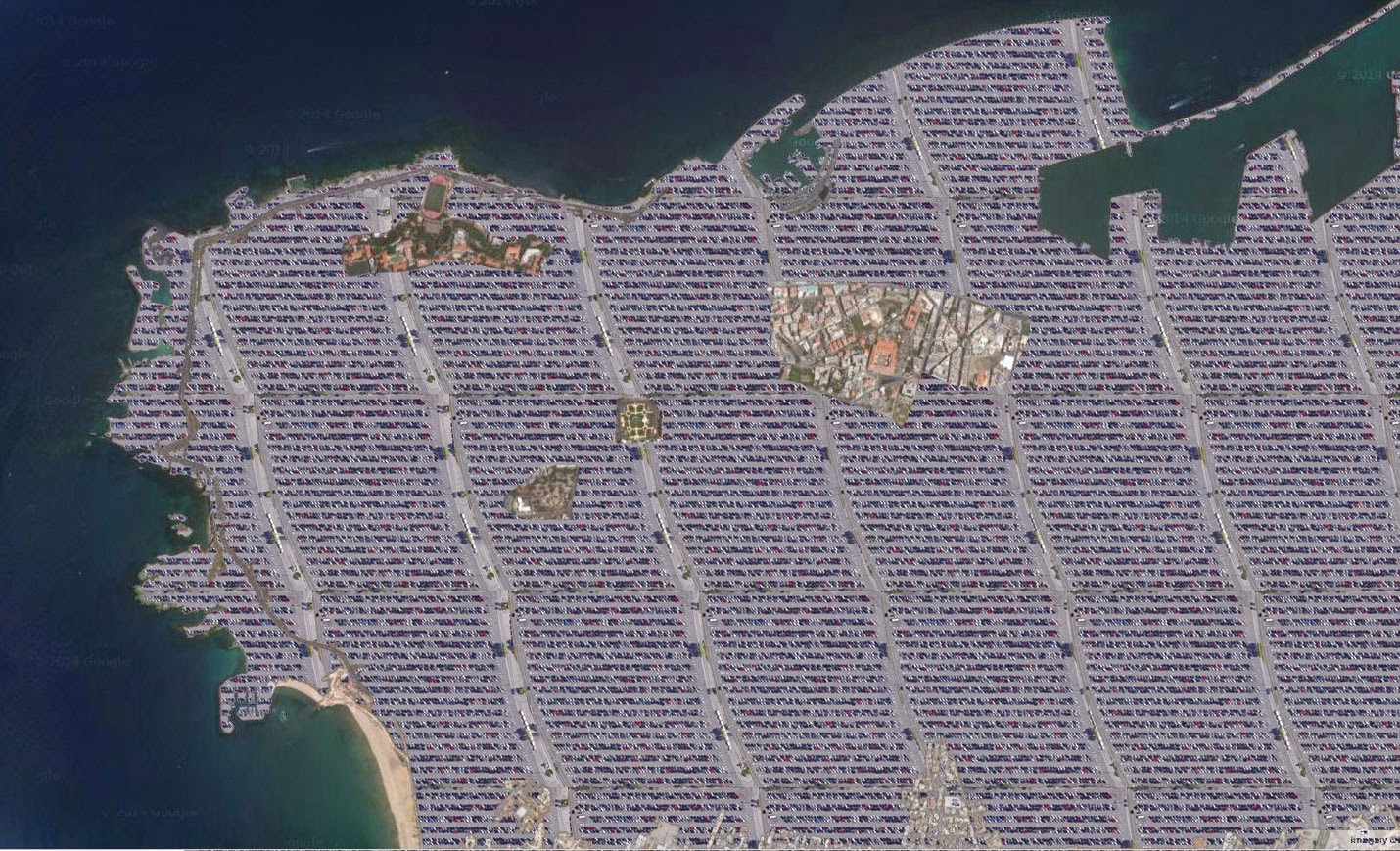 The situation in the city has been getting worse for a number of years and the government couldn’t cope any more with the constant complaints from residents and visitors and finally decided to turn to this radical solution to end the problem once and for all. It is understood that the scheme will be offered to a private company through a BOT deal, where the company handles the demolition and the construction of the parking and is then able to charge people for parking at reasonable rates.

The scheme has some downsides like the demolition of hundreds of thousands of homes, shops and places of business, but this is a minor inconvenience as the majority of Beirut’s residents spend most of their day in their cars anyway. The Lebanese are used to doing many things simultaneously while driving, like talk on the phone, smoke and pick their noses at the same time, so they will be expected to work and live in their cars after the scheme is completed. Most people have decided that the few hours they spend at home every day aren't worth it, and they would rather have adequate parking instead of homes.

Similarly, shops will be closed down and instead vendors will sell merchandise from their cars. Government departments, post offices, hospitals and many others will follow suite and operate out of buses, trucks and caravans designed for that purpose. It is expected that if the scheme goes well, no person living in Beirut will ever have to walk anywhere any more. In Lebanon this is akin to a social utopia that most Lebanese dreamt about for decades.

Moreover, most young couples in Lebanon have their first amorous encounters inside their cars because few have their own apartments but everyone has a car. Special seaside areas of the new parking would be designated for this purpose, ensuring the continuation of Lebanese tradition and providing privacy for youthful lovers. In fact, most Lebanese people take so much pride in their cars that this solution will allow them to show off their cars all the time.

This being Beirut, competition for prime parking spots has already started, with people using political connections and offering large sums of money to guarantee a parking place in upmarket neighbourhood. The scheme will offer various sizes of parking places, from ordinary cars to the oversized Hummers that are too large for the streets of Beirut but are yet quite popular among affluent cretins.

The scheme has received overwhelming support so far, except for the usual small minority of vocal critics who protest against everything in Beirut. They organised a demonstration against the project called ‘cities for people not cars’ but unfortunately for them the demonstration had to be cancelled when they couldn’t find any places to park their cars within a five minute distance from the location of the demonstration.
By Karl Sharro at April 10, 2015