Wars must stop because they're preventing us from dealing with climate change!!

If you ever doubted that the carbon fetish has completely blinded climate change campaigners, then you must read Howard Friel's bizarre anti-war argument in The Guardian. Commenting on Bjørn Lomborg's new book Smart Solutions to Climate Change, Friel ended his article with this sublimely surreal paragraph: 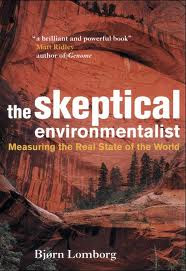 "If Lomborg were really looking for smart solutions, he would push for an end to perpetual and brutal war, which diverts scarce resources and public focus from what Lomborg accurately says needs more money, including some of the research and policy projects recommended by the contributors to this volume. There might even be a few hundred billion dollars left to invest annually in new energy and mass transit economies, and science-mandated CO2 reductions. We're only two questions short of achieving those goals. Sounds pretty economical to me."


Eh? Only someone so utterly absorbed by carbon emissions as to be entirely incapable of relating to the human world the rest of us live in can make such a strange and illogical statement. Let's end wars not because they are brutal and cruel and a terrible waste of human life, not because they are unjust and barbaric, not because they pave the way for imperialism, domination and exploitation, and not because they deprive millions of the chance to live normal lives and fulfill their potential, but because they 'divert scarce resources and public focus' from the efforts to fight climate change!

The Guardian naturally felt the need to balance its news story about Lomborg with enough counter-arguments least anyone should be tempted to buy into Lomborg's very tame critique of the climate change establishment, but this is absurd. Why couldn't they have just let Monbiot or one of his clones blab about how irresponsible Lomborg is and how he must be secretly being paid by industrialists or foreign governments? Instead they let Friel torture logic until it screamed for mercy, and allowed him to turn empathy into a basic carbon calculation.

The instrumental worldview that the carbon obsession has created has no place for reason: everything must be seen through the prism of carbon reductions. I am actually surprised Friel didn't just argue for wars becoming carbon-neutral instead of an all out ban on the basis that they do their bit for that other noble environmental goal: reducing the global population. Damn, I must have just given him an idea...
By Karl Sharro at August 31, 2010