The 'Ground Zero Mosque': Why are we having the wrong debate? 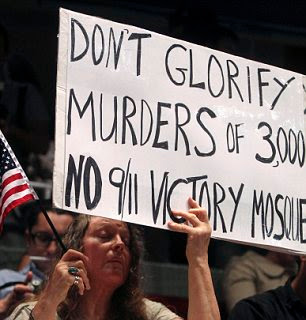 The ongoing debate around the 'Ground Zero Mosque' is astounding for two reasons: firstly because it's taking place at all, and secondly because it has degenerated from a debate about principles into a cultural conflict allowing identity politics to dictate the terms of the debate. This a product of the contemporary inability to debate principles, a situation which sees opponents switching positions depending on circumstances and convenience. Much like with freedom of speech, there should be no ifs and buts when it comes to the freedom of religion. But also much like freedom of speech, we have grown accustomed to accepting statements like 'I'm for freedom of speech but...' The general test in both cases is not how zealous we are in defending what we like and subscribe to, but our commitment to the freedom of ideas and practices that we oppose and even abhor.


This is where the 'Ground Zero Mosque' debate was allowed to degenerate into a tribal debate with both sides missing the opportunity to reassert the importance of the freedom of religion and keep it outside political debate. As an old-fashioned advocate of the Enlightenment I think all religions are sophisticated fantasies that have outlived their purpose. But I equally believe that it is the responsibility of every civilised society to defend the freedom of religion and protect worship even to the most outlandish and bizarre religions. There are two very good reasons for this. Firstly, it is not the role of the state to prescribe what is and what is not an 'acceptable' religion. Secondly, prescribing the limits of religious practice infringes on the autonomy of individuals, the very basis of a democratic society.

But belief in the Enlightenment is not very popular today; the general decline in the validity of Universalist ideas has rendered it a relic of the past leaving all arguments that should about principles to degenerate into petty skirmishes of the culture wars. This often leaves opponents to draw on their own identity and preferences and take sides accordingly rather than defend the principles that should be the foundation of any progressive society. Paying lip service to freedom of speech or freedom of religion when suited is not the same as being committed to them. As a Muslim, your commitment to freedom of religion is better tested in your willingness to defend Scientology not Islam. As a Christian, particularly in this instance, it is tested in how well you defend the freedom of worship for Muslims.

An important aspect that has been missed in this debate is that the freedom of religion does not offer protection from critique to believers, and it should it be expanded to grant such immunity from critique and even mockery. Yes, they should be protected from persecution and allowed to practice freely, but their opinions should be under scrutiny much like anyone else’s. For people who believe that the Supreme Being is on their side, it's astonishing how overly-sensitive believers have become. One would think that having access to the divine would make them a bit more confident, but over the past few decades they seem to have become touchier about works of art or literature that they deem to be offensive. The irony in this current debate is that the so-called 'liberal' camp has been actively trying to eliminate language that it deems to be offensive for decades, instituting rigid speech codes and campaigning vigorously against certain forms of expression. Why should they be surprised then when their ‘opponents’ turn to the same tactics?

We’ve been treated to a multitude of simplistic arguments attempting to clinch the debate, but the vast majority missed the point completely. It doesn't matter how close the site itself is to 'Ground Zero'. It doesn't matter whether it is actually a mosque or not. And it doesn't matter that the 9/11 attacks were carried out by Muslims and in the name of Islam. It matters even less that Saudi Arabia doesn't allow the building of churches because this debate is not taking place there. It is a ridiculous notion to imagine that the freedom of religious practice everywhere should be calibrated to match the medieval standards of Saudi Arabia. Even less relevant to the debate are the theological arguments about the nature of Islam, which the supporters of the mosque took a very defensive line by trying to explain. Freedom of religion should be guaranteed to all religions, not only ones we deem to be 'worthy'. People should not have to justify their religion before they are allowed to practice it.

Equally, all the tit for tat arguments about the history of Christianity and Islam are entirely irrelevant to this debate. If someone accuses Islam of being violent, then the automatic reaction is to remind them of the Crusades. Such ‘logical’ refutations are meant to end the argument conclusively, but end up muddling the issue even further. For example, the inquisition doesn't have a bearing on this case, except perhaps as a reminder that religious affairs should not handled by those in power. The weird 'beauty contest' between Christianity and Islam that was conducted over the past few days deserves a PhD in missing-the-point studies for all those who engaged in it. Again, this line of reasoning promotes the idea that there are worthy and unworthy religions, leaving the state to be the arbiter in religious affairs.

Finally, this debate should have never been allowed to become one about racism or bigotry. Some of the opponents of the mosque were certainly driven by bigotry, but bringing the debate down to this aspect missed the bigger picture. The liberal camp in America has campaigned to institutionalise the right to take offense, and now they facing the consequences. The conservatives are now exploiting this right to their advantage; the mosque episode was a clear example of this tendency of taking offense over symbolic actions. The proper progressive response should have been to challenge this 'right' to take offense, and a return to a principled stance that maintains that a free society cannot and should not guarantee such a right. Once accepted, this right restricts the potential of society to shed old ideas and transform itself through critique and debate.

In contrast, accusing all the opponents of the mosque of racism and bigotry takes the easy way out of the debate and, even worse, completely removes the debate from the realm of reason and consigns it to the irrational world of hidden motivations. Arguments are impossible to win in this context and finger-pointing takes over. Much like all confrontations of this nature, both sides are wrong. It is reason itself that has taken a further setback in the end.
By Karl Sharro at August 17, 2010