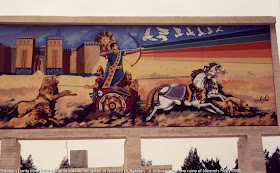 PS. If you made it this far, one of those stories is actually true (partially). Guess which.
Karl Sharro at December 12, 2013
Share